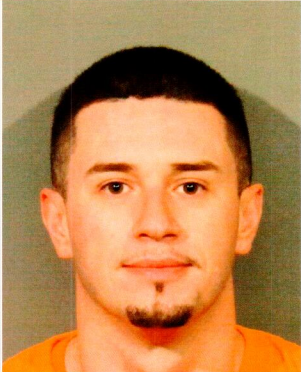 On July 7, 2022, the Honorable Judge Gini sentenced Anthony Pintarelli, age 25, to 13 years and eight months in the California Department of Corrections and Rehabilitation.

On December 3, 2020, while on probation, Pintarelli assaulted an elderly man and took the victim’s personal items when he attempted to call 9-1-1 to report Pintarelli’s reckless driving.

Even after being brutally attacked and injured, the victim was able to provide dispatch with his attacker’s license plate number. Using this information, the Lincoln Police Department was able to quickly arrest Pintarelli for the assault.

Due to the bravery of the victim, his ability to provide critical details about the assault, and the thorough investigation conducted by the Lincoln Police Department, the defendant entered a plea to robbery and admitted additional allegations that the offense was committed on a vulnerable victim over the age of 65. He also admitted that he has a prior strike conviction for felony residential burglary.

“While all violent crimes are abhorrent, crimes against our senior citizens are particularly heinous,” said Deputy District Attorney Shannon Quigley. “This defendant chose to brutally attack and rob a vulnerable elderly man. It is because of the victim’s bravery and composure in the wake of a violent attack that we were able to successfully prosecute this case and hold the defendant accountable for his actions. In Placer County, we will not tolerate any abuse committed against our elderly citizens.”