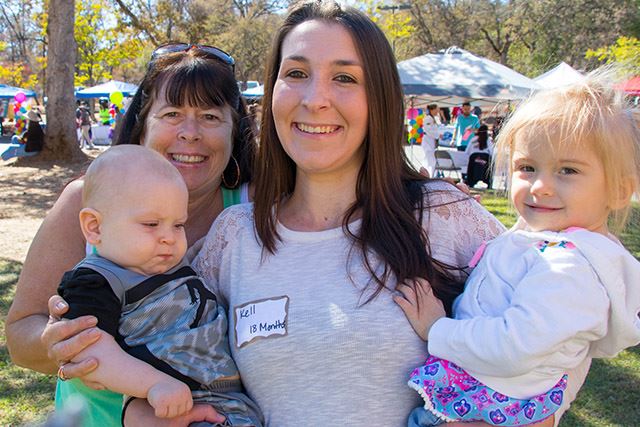 Each person standing in the circle took their turn on the microphone:

Some had just begun a journey to recovery from substance use or mental illness, while others had been on this road for a long time. Combined, the attendees at “Recovery Happens” — the county’s annual event celebrating people in recovery — had nearly two centuries of recovery and sobriety under their belts.

Written on Kathy’s nametag in marker was “8 years.” The Auburn resident had been in recovery from alcoholism for more than two decades, but after being injured in a car accident she became addicted to prescription opioid painkillers.

Today, she is guiding her daughter on a similar path. Kelley is 23 and has been in recovery from substance use for 18 months.

At the age of 19, she was pregnant and her baby’s father went to prison. Then, she gave birth prematurely to a daughter who weighed less than two pounds.

Little Rylah went into the neonatal intensive care unit and Kelley went into a spiral.

“It was a lot of stress, and I was very vulnerable,” she said. She began experimenting with meth and quickly became addicted.

“She kind of lost it. She was a shell,” her mother said. “We were afraid that she was going to die.”

Kathy took her daughter to court to get guardianship of her granddaughter and tried to help Kelley into recovery. Finally, after many months, Kelley entered rehab and committed.

“We cried. We would visit her in rehab and she was a different person. She was happy and had the sparkle back in her eye,” Kathy said.

Just three weeks after leaving rehab, Kelley found out she was pregnant again. It was the motivation she needed to stay sober.

“I have not looked back since,” she said.

Both women stood proudly in the circle at Recovery Happens, sharing pieces of their stories and keeping watchful eyes on Kelley’s children. She is now allowed four visitation days a week with now 3-year-old Rylah, and has full custody of her son, 8-month-old Lyric. Listening to others in the circle, Kelley said she identified with those just beginning their journeys to recovery and was inspired by those who had been in recovery for many years or even decades.

“It makes you think, ‘I could be that person,’” she said.

In addition to the healing circle, Recovery Happens featured resource booths, a barbecue, speakers and even live entertainment. Members of Placer County’s Health 360 program performed for the crowd, their first time singing in front of strangers.

“I was nervous,” said one woman, Carolyn, after coming offstage following renditions of “Lean on Me” and other classic tunes. “But it gets you out of yourself.”

She has struggled with mental health issues, and said Health 360 has helped her get out of the house and be less isolated. Placer County’s Health 360 program focuses on integrating mental health treatment with physical health, since so many mental health patients die from preventable physical ailments. Clients can take their pick of walking and running groups, smoking cessation classes, swimming, nutrition — and choir.

The choir’s first public performance was greeted with cheers from a supportive crowd.

“It’s great to have everyone come together and show that we’re all here for each other,” Carolyn said.

“Events like this give you hope. People make it. We don’t all end up in jails and institutions and die,” Kathy said. “If you really want recovery, it’s there. You have to want it. Help is out there, it is possible and there is hope.” 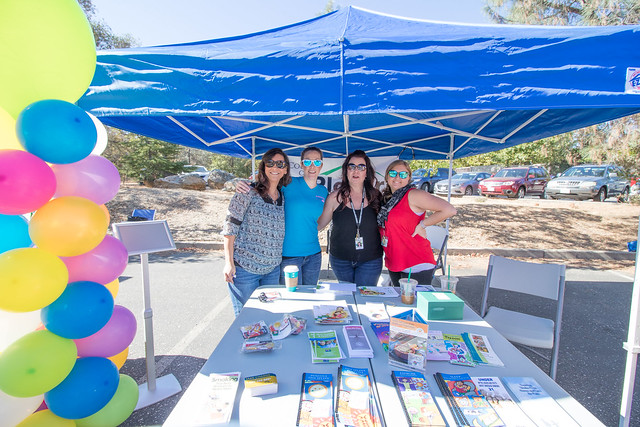