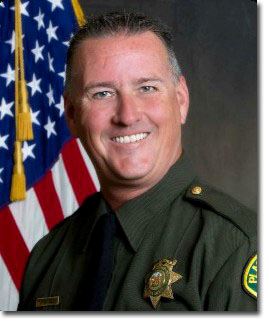 On October 24th, 2014, a resident of the City of Auburn called the Sheriff's Office after seeing a suspicious vehicle, occupied by a man and woman, in a residential neighborhood in the southern part of the City. Numerous Placer County sheriff's deputies responded to the location believing the vehicle and its occupants may have been involved in a shooting earlier in the day that killed a Sacramento County sheriff's deputy.

Detective Michael Davis Jr. arrived in the area with his partner. As Detective Davis and other deputies exited their cars, the suspect, who had been concealed in a carport, opened fire on the deputies with a rifle. Detective Davis was immediately shot along with another responding deputy.

Detective Davis was evacuated from the scene and transported the hospital. Detective Michael David Davis Jr. died shortly after arriving at the emergency room.

The suspect was taken into custody by the Sheriff's Office tactical team later that day.

Detective Davis' father, Detective Michael Davis Sr., was killed in the line of duty on October 24th, 1988, while serving with the Riverside County Sheriff's Department. Their line of duty deaths occurred exactly 26 years apart to the day.